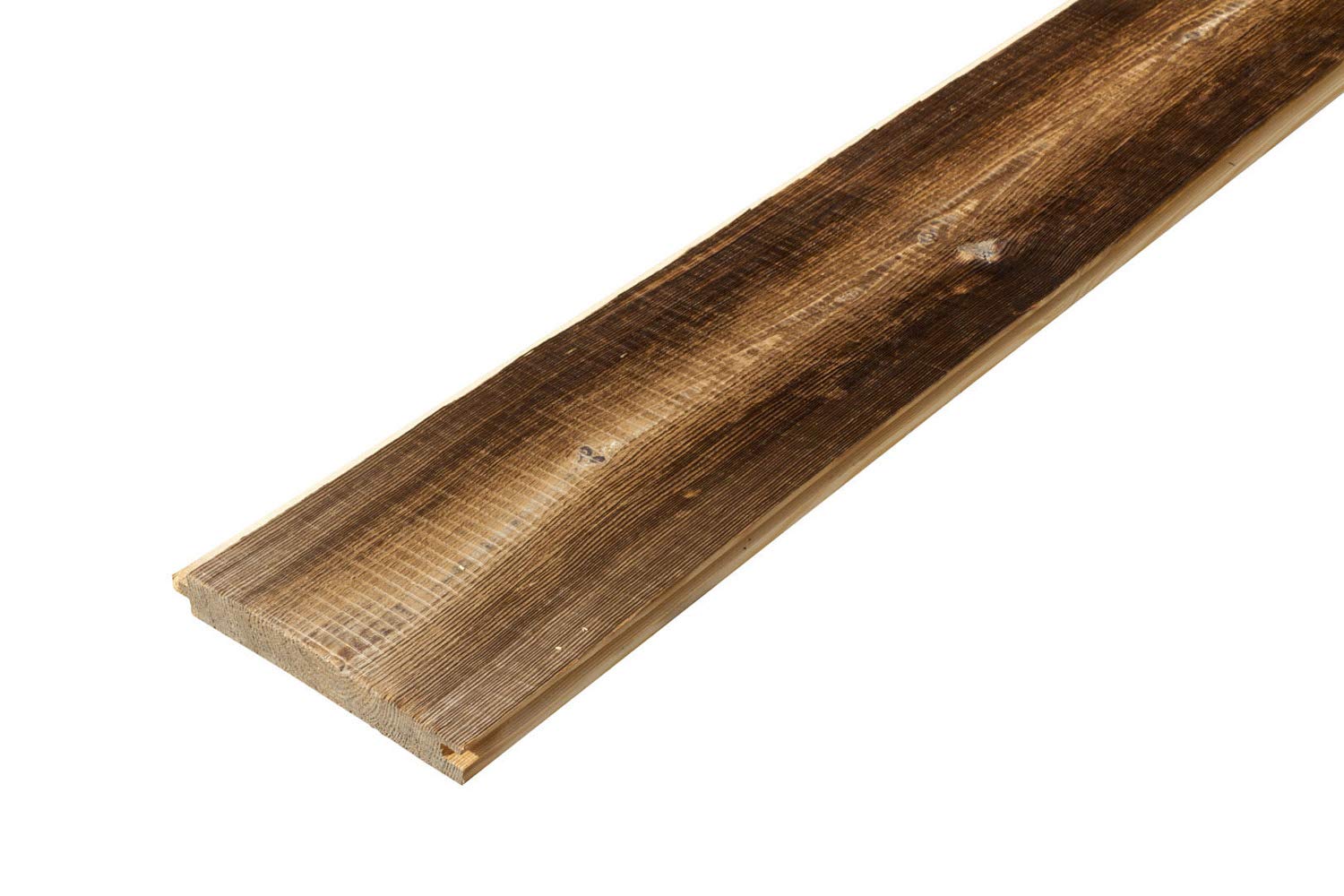 Salzburg timber cladding is wood with a character for internal applications giving a rustic yet modern feel. The wood comes from barns in the Austrian Alps. It is machined to tongue and groove (Tamp;G) and cleaned to ensure it maintains its rustic, character look. Salzburg timber cladding is popular with interior designers, architects and used extensively in offices, kitchens, bars and restaurant for wall cladding and interior fit outs. Key features:- Sustainable timber and with FSC CoC Chain of Custody Environmental Certification. It is easy to install as it is supplied tongue and groove on the long edges It is available in various shades weathered silvery grey, brown and light brown. Salzburg reclaimed timber cladding is sold per m2. Please contact Timber Focus Ltd for help with the specification if you are a designer or architect. Please note minimum order quantities of 10m2 apply bulk discounts available for orders over 50m2 contact us for samples via email: info@timberfocus.com

Reclaimed timber has natural variations in colour and texture no 2 pieces of wood are the same, it is what brings about the beauty of barn wood, bringing old wood to life. Barn wood as a reclaimed product will have original fixing holes to add to its beauty and character

Does James Teach Justification by Works?

For the past 500 years, Protestants have argued that the doctrine of justification by faith alone is a core component of the gospel of Jesus Christ. But sometimes opponents of the Reformation claim that the Bible actually teaches the opposite. In James 2:24, for example, we’re told that “a person is justified by works and not by faith alone.” So what is the point James is making, and does his teaching actually conflict with Paul and others? Shane Rosenthal discusses this with Bob Hiller, author of Finding Christ in the Straw, as they continue their discussion of the book of James.

This downloadable collection features 12 extended-length White Horse Inn shows and 5 Modern Reformation articles on the topic. It’s available to you for a gift of any amount.

Get the White Horse Inn radio show delivered to your inbox every Monday!

Sign up for our weekly “In the Inn” emails and receive the 5-part audio series on justification by Michael Horton as our gift to you!

Browse Our Back Catalog of Resources: